Volubilis – Ancient Roman Ruins in Morocco Are Worth a Visit 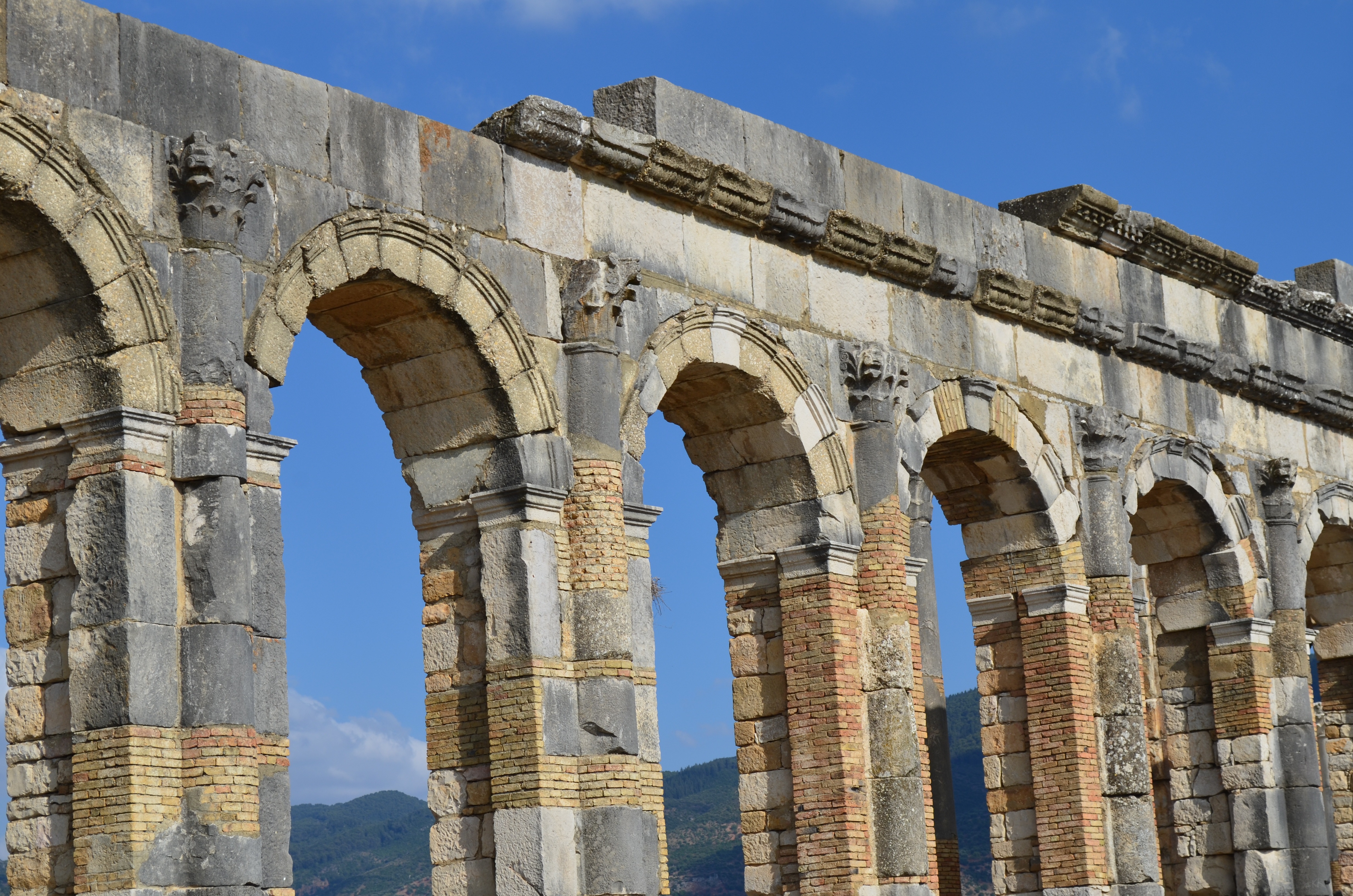 The arches at Volubilis are more than two thousand years old. Photo: Taste of Maroc

Morocco has one of the richest histories and cultures of any country in the world, influenced by centuries of diverse rulers. Among those rulers were the Romans, who spread their empire into Africa. Evidence of Roman Africa is tucked away in the foothills of the Rif Mountains. There, tourists can step back in time amid the two-thousand-year-old ruins of Volubilis.

Once a thriving Roman city, this archaeological site evokes a strong sense of the days when the Roman Empire had control over this part of Africa. It’s often overlooked by visitors to Morocco, but a trip there is well worth your time, even if only for a few hours.

In the 1st century A.D., the Romans built Volubilis at the site of a Carthaginian city which dates back to the 3rd century B.C. It became an important Roman town in North Africa.

The population of Volubilis is estimated to have been 20,000. Although the Romans lost control of the area by the 3rd century, they did not immediately abandon the city. Their Latin influence was evident for several hundred more years, up until the Arabs gained control of the region in the 7th century.

Volubilis remained an active and inhabited city until the 18th century. Although its historical structures suffered damage in an earthquake in the 1700s and some of its marble was taken for construction in Meknes, Volubilis is the best preserved Roman ruins in all of Morocco.

Volubilis’ location at the base of the Rif Mountains was both strategic and scenic. It was at the Western edge of Roman African, and the city’s position—now overlooking the nearby town of Moulay Idriss—allowed full view of the surrounding countryside.

The low mountainous region was ideal for growing olives and grains. Export of the region’s olive oil and wheat to Rome were central to Roman Africa’s economy. Some oil presses can still be seen in the ruins.

A number of impressive columns and arches are still intact, and can be seen from the distance as the road approaches Volubilis. Closer inspection elicits awe and the feeling of stateliness that must have existed throughout the Roman Empire.

The Triumphal Arch, Basilica, and columns of the Capitol are particularly spectacular to see and offer the perfect setting for taking photos of your visit to Volubilis.

The passage of time has not erased the grandeur of Volubilis, and a number of intricate mosaic floors remain surprisingly well-preserved. For the most part they’re roped off to prevent damage, but you’ll still be able to get a close look.

A walk throughout the ruins offers a glimpse of daily life in the ancient city. You can view a bakery with the kneading equipment still in place, as well as olive oil presses used to produce oil for export and the mechanisms of an ancient well. Visit the impressive houses of Dionysis, Euphebus, and Orpheus. Climb the steps of the Capitol and feel dwarfed by the columns.

Expect a modest admission charge for the privilege of wandering through these historical ruins. Volubilis is an easy drive from both neighboring Moulay Idriss and the nearby Imperial City of Meknes. It can also be visited in day trips while en route to or from the cities of Fez, Rabat, and Casablanca.

What to See and Do in Casablanca - Morocco's Largest City
← Previous
Moroccan Carrot and Orange Salad with Orange Flower Water
Next →
Click here to cancel reply.
Related Posts

I was there many years ago and when I think about Wallili / valubilis I can still smell the flowersand fresh air. The ruins are amazing. It was beautiful and the thought of it always brings a smile to my face.

It is indeed a special place!