What to See and Do in Casablanca – Morocco’s Largest City

Casablanca has lots to offer both travelers and residents including sightseeing, shopping, dining out, and a variety of indoor and outdoor recreational activities. 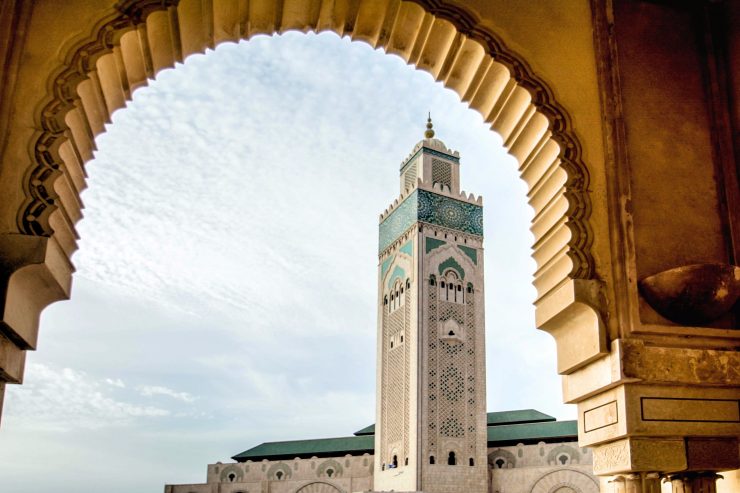 Located on the northwest Atlantic coast of Morocco, Casablanca—or Dar el Beida as it is known in Arabic—is Morocco’s largest city, boasting a population of more than three million people. Casablanca is home to North Africa’s largest port and is the nation’s leading economic center.

As such, Casablanca may be among the least exotic of Moroccan destinations, but there is plenty to see and do when traveling to this modern, bustling town.

Originally established as an independent kingdom by the Berbers in the 7th century, Casablanca fell under Arab, Almoravids, Merenids, Portuguese and Spanish rule. It was the Portuguese who gave the name Casabranca, or “white house,” to the city. The Spanish equivalent, Casablanca, was later used.

The town was destroyed by an earthquake in the mid-1700s, and was reconstructed by the grandson of Moulay Ismael, the second ruler in the Moroccan Alaouite dynasty.

The French gained control of Casablanca in 1907. Colonization continued until Morocco’s independence in 1956.

Today Casablanca offers the tourist or business traveler to Morocco an intriguing mix of modern urban life punctuated by rich cultural traditions. Men and women can be seen wearing both the latest Western fashions and conservative Islamic dress, especially the hooded Moroccan djellaba. Modern buildings stand in close proximity to stunning examples of Islamic architecture as well as art deco.

Tourists and visitors to Casablanca will find a vast selection of restaurants with both Moroccan and international cuisine. Or, they might prefer to eat like locals at cafés and sandwich shops. La Sqala, a garden style restaurant with traditional fare and decor, is a favorite of both Moroccans and tourists. Those who want to delve deeper into Moroccan cuisine and culture can join a guided food tour or Moroccan cooking class with Taste of Casablanca.

Wondering what sites to see in Casablanca? The following are some of the most popular attractions.

If you don’t want to wander through Casablanca’s Old Medina on your own, then it may be worth your while to book a tour guide to lead you through Casablanca’s oldest streets, many of which are twisted and narrow. Famous landmarks include Bab Marrakech, the old medina clock tower, and the sqala, an 18th century fortified wall. A guide can also get you to the artisan quarter where you can browse handmade crafts and traditional items.

The landmark Hassan II Mosque, inaugurated in 1993, is the world’s second largest mosque and a major tourist attraction in Morocco. It sits on the edge of the Old Medina on a promontory overlooking the Atlantic Ocean. The Islamic architecture features exquisitely crafted wood, marble, granite and plaster accents. A glass floor reveals the ocean beneath. Daily tours of the interior run year-round, and the nearby Hassan II Mosque Museum is worth a visit as well.

Not far from the Hassan II Mosque is La Corniche, a winding beachfront area in Ain Diab that is popular with locals and tourists. Restaurants, pools and beaches—both public and private—are the main attractions. It’s a great place for a scenic stroll any time of the day or evening.

The city’s town square with large fountain is a favorite gathering spot for locals. Surrounding the square are buildings notable primarily for their architecture: the historical Main Post Office, Palace of Justice, French Consulate, Prefecture and Banque of Morocco.

The downtown Bazaar is a souk (market) which locals frequent for international money exchange, but tourists will be drawn to the wide array of souvenirs and functional pieces crafted from leather, wood, ceramics, metal and more. Traditional Moroccan clothing, jewelry, antiques and handmade carpets and rugs are also available.

Moroccans and foreigners alike can be seen shopping in the Habbous District, a large collection of souks situated behind the king’s palace. Literally everything can be found beneath the buildings’ beautiful arches—from fresh vegetables, fruits, olives and pastries to housewares, clothing, fine gold jewelry and souvenirs.

The opulent Royal Palace (Palais Royal) is a short walk away, with palace grounds sometimes open to tourists. Visitors may also be able to gain access to the Mahkama du Pacha. Although the building’s exterior is more impressive for its size than its appearance, the interior is a splendid example of Moorish architecture and well worth seeing.

Located in a villa in the neighborhood of Oasis, Casablanca’s Jewish Museum offers a look at the history of Moroccan Jews. Although the museum is small and requires only a short visit, it does contain interesting artifacts and there’s much to learn.

This large market full of stalls and shops is a busy place and a major shopping destination for Casablanca residents. You’ll find everything here from vegetables and fruits to street food and Moroccan cookware. But perhaps the biggest delight for locals is the fish market, where purchases can be brought next door and cooked to order. The market is accessible by the tramway, which you might find to be a fun way to get there. Wander around on your own, or join a guided market tour and seafood lunch.

Shopping malls are fairly new to Morocco, and Casablanca boasts two of the largest. Both sit along the Atlantic ocean, with Morocco Mall further down the coast than Anfaplace. Food courts and global retailers can be found in both, while Morocco Mall also has international luxury brand name shops like Fendi and Gucci. Even if shopping isn’t high on your list of travel activities, families might appreciate Adventureland. Located on the second floor of Morocco Mall, it features games, ball pits, rides, pool tables and an ice skating rink. Anfa Place, too has a game and play area.

If you have time to kill and children to entertain, you’ll be happy to know that Casablanca does have amusement parks. Sindibad is the largest, with rides that will please all, including older thrill seekers. Smaller parks such as Crazy Park in Dar Bouazza, Loupi Jungle in Firdaous, and Yasmine Fun Park in Belvedere are geared toward the younger set. Jungle Park in Bouskoura is more of a play area with trampolines and ball pits, but the very young will have fun and it’s adjacent to a large, clean grille-style restaurant which offers tagine, kebab, kefta and other traditional Moroccan fare.

Travelers to Casablanca might like to plan road trips to the nearby cities of Al Jadida and Rabat. Although further away, the Roman ruins at Volubilis and the Imperial Cities of Marrakech, Fez, and Meknes can also be managed in a day, albeit a long one. Tangier, too, can be managed as a day trip, either by driving (3.5 hours) or by high speed train (2 hours 10 minutes). 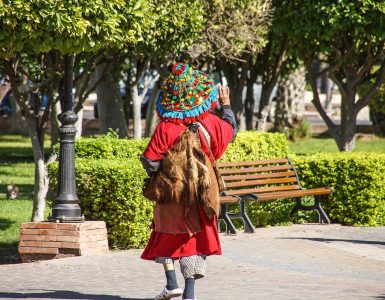 Tipping in Morocco – How Much to Tip Moroccan Guides, Drivers, Waiters and Others

If you're wondering when and how much you should tip in Morocco, you're not alone! Our guide to tipping in Morocco outlines the different situations where a gratuity might be appropriate and offers suggested amounts to... 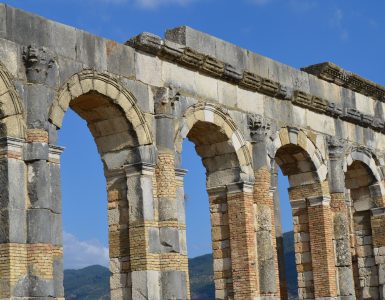 Volubilis – Ancient Roman Ruins in Morocco Are Worth a Visit

This post may contain Amazon or other affiliate links that allow us to earn a small commission at no extra cost to you. Please see our Disclosure Policy for more info. Morocco has one of the richest histories and... 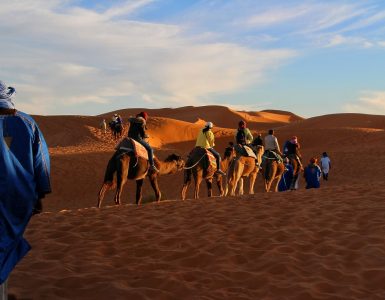 Traveling to Morocco in Ramadan

What to expect if you'll be visiting Morocco during Ramadan. Learn about the Islamic month of fasting, plus tips for having the best experience possible when traveling to Morocco during this very special time.