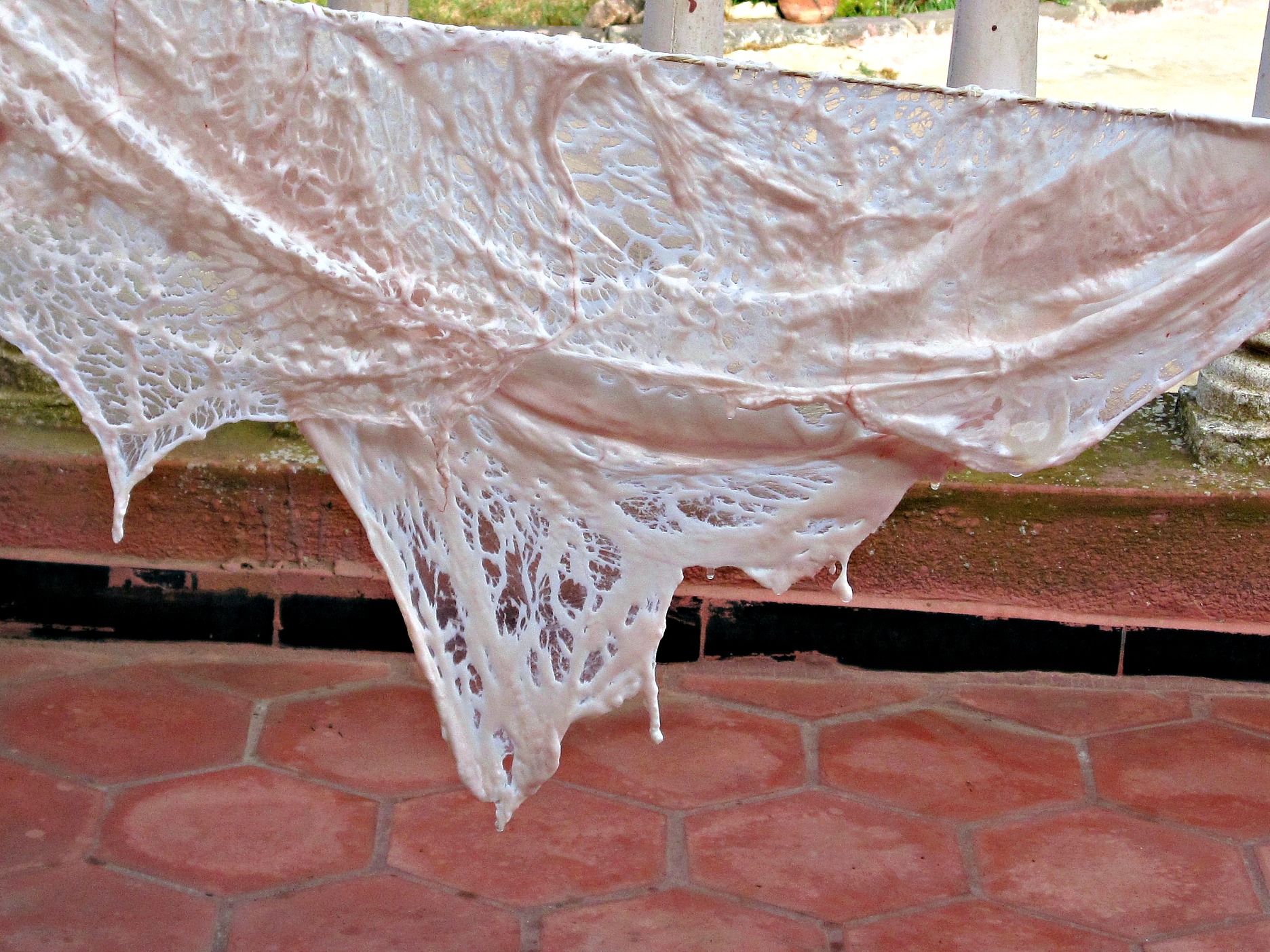 Caul fat—also known as lace fat, fat netting or the greater omentum—is a thin, fatty membrane which surrounds the internal organs of some animals. It has a lacy, semi-transparent appearance and is used to encase meats and offal in the same manner that bacon might be used to wrap them. Used this way, the caul fat melts and bastes the meat, helping to both flavor it and keep it moist.

Sheep caul fat is favored in Morocco, where it’s referred to by a number of names: e’rda or chehma dyal douara or ‘ain douara in Moroccan Arabic; and crépine in French. It’s typically acquired by families after a home slaughter, particularly during Eid al Adha. At that time, it’s widely used to make a traditional caul fat-wrapped liver kebab known as boulfaf. In modern Moroccan cooking, it might be used to wrap a roast.

Caul fat can also be used to flavor kefta (ground beef and/or lamb), as well as chopped and used in savory fillings for stuffed spleen (tihane) or stuffed breads. In very old Moroccan cooking, caul fat was sometimes pounded or ground to add to mrouzia, mhammar, khlii or other dishes requiring added fat. Despite those uses, caul fat should not be mistaken as a substitute for suet, which is the crumbly fat around the kidneys.

When acquiring caul fat directly from a freshly slaughtered animal, you might be surprised by how little cleaning and trimming is necessary prior to using it. Unsavory bits are easily removed and a quick wash in a basin of water is all it needs. It should be hung over a line to dry before using or storing; a kitchen towel can help speed up the process. The thinnest, most lacy and transparent sections are often used the same day for wrapping organ meat while thicker sections can be reserved and frozen for later use.