What I Wish I Knew Before Moving to Morocco 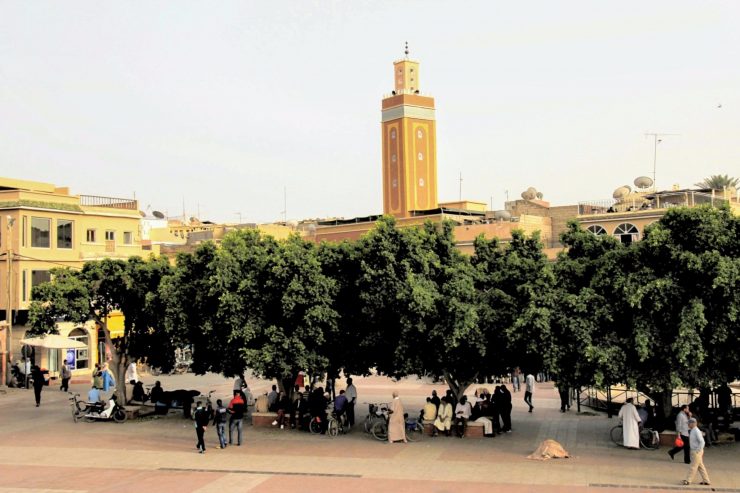 The 20th century novelist James Michener said, “If you reject the food, ignore the customs, fear the religion, and avoid the people, you might better stay at home.”

These are important words for anyone planning to spend a significant amount of time in another country. It rings especially true when moving to Morocco.

Due to its geographic location, many regard Morocco as the perfect mix of Europe, Africa, and the Middle East. It’s enough like home that Western travelers don’t feel completely out of place, but different enough to be both interesting and scary.

Over the long term, however, differences that were once exciting can lead to frustration. As the novelty fades we may find ourselves struggling to reconcile our own experiences, expectations, and culture with those in our new home.

As much as I adore Morocco and Moroccan culture, I admit it was difficult to acclimate. Had it not been for the many friends I’ve made, my time here would have been very different. Using my personal experiences and the experiences of others who have also tackled Morocco head-on, let’s take a look at a few facets of expat and immigrant life that you may not have heard about, particularly if you’ve never moved abroad before.

“I moved to Morocco quite unexpectedly and without a whole lot of preparation. I wish I’d known about the isolation one could experience.” – Noel L.

The most obvious piece of advice for curbing isolation in Morocco is to learn Darija (Moroccan Arabic) or, at the very least, some French. You will not always be surrounded by English speakers and being able to communicate with local people will not only help to ease the sense of loneliness you may experience, but also give you the independence that is necessary to feel like a normal, functioning human.

I can’t tell you how much of a relief it was for me to be able to go to the store on my own and express my needs without the help of a friend. The only way to do this is to venture out alone and work to break the language barrier. So go to the store, go to cafes, socialize, and take advantage of every opportunity to practice your Darija with locals. Chances are they’ll be genuinely pleased and surprised at your effort, and they might even want to practice their English with you.

The inability to communicate is only one aspect of feeling isolated in a foreign country. Another contributing factor is lack of contact with other people like yourself. That’s why the next point is so very important.

“It is much easier to adapt to a new culture and reduce some of the culture shock if you can balance it out with activities and people that share your native way of life.” – Tracy Bornman

Seeking out friendships with others from your own background is a crucial piece of advice for those deciding to reside in Morocco. We’re all products of the societies and cultures in which we were raised, and no matter where we go in the world, we’ll naturally want to cling to what’s familiar.

For many of us, having a connection to our own culture is essential to feeling balanced in our adopted home. That cultural connection not only includes things that make you comfortable—foods, music, hobbies, etc.—but also people who speak your language and relate to being foreign in a new land.

I can’t stress how important it is to have that kind of social network for when you are feeling homesick and out of sorts. It’s important even if you can communicate fluently with Moroccans in French or Arabic.

If it weren’t for my American and European friends here, I probably would have returned home a long time ago. Even if marriage to a Moroccan means you have a built-in family bond, social isolation is still a risk. Sometimes you just need to speak to someone from your own background, someone who understands you and what you’re feeling.

All of this is why it’s so important to connect with other foreigners in Morocco. Facebook is the perfect platform for such networking. There are a few groups that I have been a member of since moving to Morocco. They are invaluable to me, having been the source of so much support, advice, knowledge and even friendships over the years. Many of these groups set up weekly or monthly meet-ups for members; it’s the perfect way to meet new people.

There are other groups for networking in specific cities such as Marrakesh, Rabat, Tangier and Fez. Seek them out and join.

“As a European, it was unusual to accept invitations to meet or dine with a family of a friend that that I don’t even know very well! It turns out, it is one of the greatest thing to do. If you are invited you are not a guest but part of their family when you enter their house!” – Alexandra O.

In America it’s quite unusual to receive a personal invitation to a stranger’s home, and you’d rightly be hesitant to accept it, but that’s not the case in Morocco. If you have the honor of being invited into a Moroccan home for a meal, you will learn so much about Moroccan hospitality, something missed out on by people who are perhaps too self-conscious to form close relationships with Moroccans.

This is when you really get to see the true nature of Moroccan people. They are warm, generous, and eager to share their customs as well as their dinner table with visitors to their homes.

Many ask what they should bring to such occasions, and I usually respond with “anything.” Moroccans are gracious people and will be happy with whatever you decide to bring.

I will mention, however, in very traditional areas, Moroccans take sugar cones or cubes, cartons of milk, and fruit with them when invited to a meal in another’s home. If that feels odd to you, take a box of pastries, a dessert, boxed chocolates, or treats for the children in the household. I’m sure they will be pleased as well as impressed that you brought something according to their cultural traditions.

Similarly, if you have the opportunity, break out of your comfort zone and accept invitations from a Moroccan to experience a hammam (traditional public bath) or attend a traditional Moroccan wedding.

Other Things to Know About Morocco

A few things are important to know before moving to Morocco. Being aware of them will make it easier to adapt to your new home.

Morocco is a country with an unfortunate amount of poverty. It is very common to see the homeless and needy soliciting change at street corners, near banks or shops, and in tourist-heavy areas. It is okay to give them a dirham or two if you like, but never take your wallet out in view of others. This puts you at high risk of having something stolen. For this reason, I keep a few small coins in my pockets should I encounter beggars on my way.

Not all beggars in Morocco are legitimately needy. Some, for example, falsely portray themselves as handicapped or carry fake passports to appear as refugees. It’s not easy to tell the difference so let intuition and intention be your guide.

You will also encounter beggars from other parts of Africa. Often they are migrants passing through Morocco, hoping to make it to Europe. Without residency status, they can’t find work.

If you plan to take a photograph of a person, please ask their permission first. Women especially may take offense to having a camera pointed in their direction. Think about how you would feel if random passers-by tried to photograph you. As always, it is important to show respect to the local community.

Many Moroccans observe a cultural siesta, or an after-lunch nap. During the hours of roughly 2 p.m. until 5 p.m., many local businesses are closed; this includes the majority of hanouts, which are neighborhood shops similar to bodegas. The same holds true on Friday afternoons during and after Friday prayer (from 12 to 2 p.m. or later). Try to make sure you don’t need anything from the store during those times. Supermarkets are of course always open.

I’d be remiss if I didn’t mention catcalling and other forms of sexual harassment. Some women have been here years and never experienced it while others are victims almost daily.

While blame belongs solely to the perpetrator, there are things that can be done to minimize the risk of such an occurrence. These include trying to adhere to local etiquette regarding modest dress (this doesn’t always work, but it may help); avoiding going out alone at night unless completely necessary; limiting eye-contact with passers-by; and not stopping to talk to strangers who address you in the street.

If you feel that you are being harassed, head to the nearest police precinct and report your disturbances. Many streets in tourist areas and downtown have police monitoring foot traffic. Speak to them directly as Morocco takes harassment of tourists and travelers very seriously.

Live Fearlessly but Respect the Culture

One of the wisest approaches to living in Morocco come from a long-time resident, Janice Taylor. Originally from the United Kingdom, she now calls Marrakesh home. Of her experience in Morocco, she said, “When I first moved here over 30 years ago, there was no one to ask for advice. No internet, hardly any phones. However, I did a lot of research. But the one thing that held me in good stead was to never be afraid.”

If there is a single piece of advice that stays with you, that is it: Don’t be afraid. Live openly and embrace the changes. Open your mind and heart to the country and the people, and they will open their hearts to you.

Jessa Howard is a freelance writer from the US. After moving to Morocco in 2011, she developed a love for everything Moroccan. She enjoys sharing her knowledge and experiences with others. 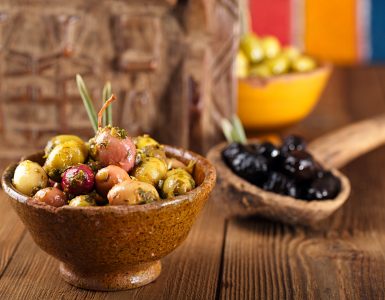 Transliterations from Moroccan Arabic (Darija) to English, French and other Latin languages can vary widely. Phonetic spellings even differ within Morocco, 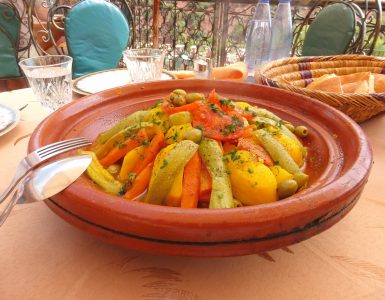 Learn why it's extra challenging to follow a gluten-free diet in Morocco. Know where to find gluten-free products and how to avoid cross contamination. 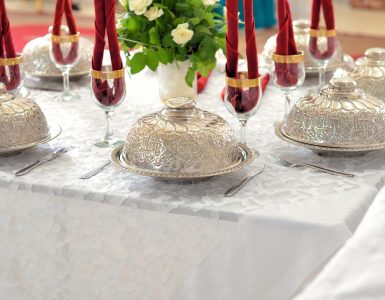 Cross-Cultural Marriage – Eight Issues to Consider Before Tying the Knot

Intermarriage is on the rise. According to analysis of U.S. Census Bureau data by the Pew Research Center, 17 percent of U.S. newlyweds in 2015 were married to someone of a different race or ethnicity from their own, up...

This post may contain affiliate links. As an Amazon affiliate, I earn from qualifying purchases at no additional cost to you. Please see our Disclosure Policy