Mchermel is one of the primary cooking styles in Moroccan cuisine. Mchermel dishes make use of a marinade to flavor ingredients as well as the sauce in which they’re cooked. 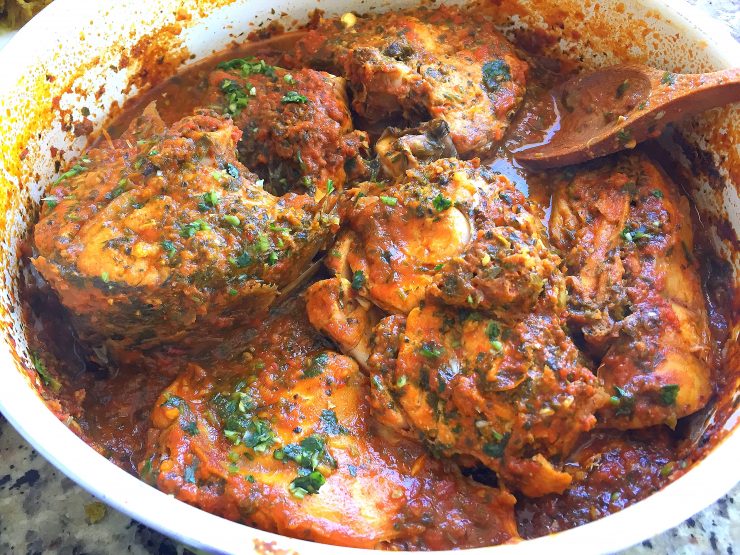 Mchermel, m’chermel, mcharmel or mshermel are all transliterations of the Arabic word مشَرْمل, which means “marinated.” In Moroccan cooking, there are two usages of this word.

In a general sense, mchermel can simply refer to a step when something is marinated. In a more specific sense, mchermel is a style of Moroccan cooking in which a dish calls for the use of a marinade before and during cooking. It’s the latter definition that we’re looking at here.

In the Moroccan mchermel style of cooking, the cook marinates a main ingredient—meat, chicken, fish, offal or vegetables—with a spice and/or herb mixture such as the iconic chermoula, then cooks it in a chermoula-seasoned broth or sauce.

We can at a basic level chermel or marinate something and set it aside to infuse before cooking. Many Moroccan dishes require this step to ensure the meat tastes its best. As example, you can marinate a bird before cooking it m’qualli-style or m’hammer-style. However, those dishes are not considered mchermel style because additional marinade is not used to flavor the cooking sauce.

It’s the use of marinade to flavor the cooking sauce that defines mchermel as a cooking category all its own. Mchermel dishes usually have a reddish hue and an herby, lemony sauce in which preserved lemons and green or purple olives have imparted their goodness. Grated tomatoes are often cooked in the sauce, bringing a pleasant acidity and even lightness, particularly when the dish calls for a good amount of olive oil.

The most famous Moroccan dishes calling for the mchermel style of cooking include a baked fish and vegetable tray and its stovetop cousin, the classic chermoula-marinated fish tagine. Fish balls in tomato sauce is another example, as is the highly popular Shakshuka tagine with meatballs (which we locally call KBM after its Arabic name, kefta bel bid wa matisha).

Try cooking beef or sheep tongue or any offal in a mchermel style and you will be in for a treat. If that doesn’t appeal to you, then perhaps you can try cooking vegetables this way, starting with the delicious Bdenjal Mchermel – Eggplant in Chermoula. 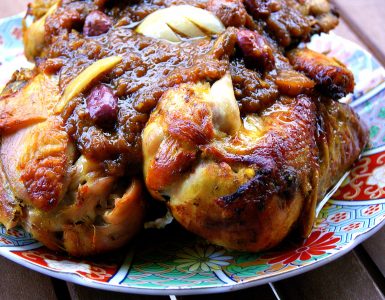 There are four primary cooking styles in Moroccan cuisine. The codification for each determines not only the spices used, but the final color of the dish and its accompanying sauce. 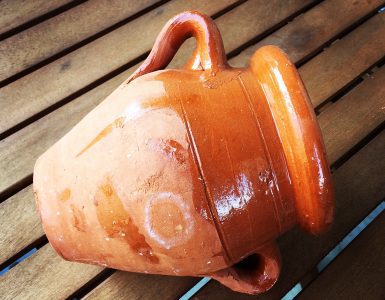 A tangia is a Moroccan amphora that's used as a cooking vessel to make a confit-style stew. The cooked dish also goes by the name of tangia. 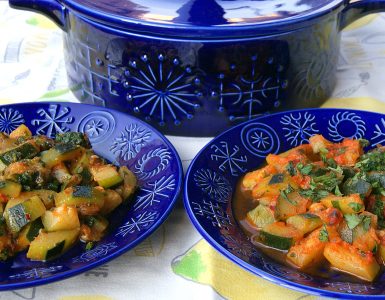 Jump to Recipe This post may contain Amazon or other affiliate links that allow us to earn a small commission at no extra cost to you. Please see our Disclosure Policy for more info. Moroccan Zucchini Salad is one of...